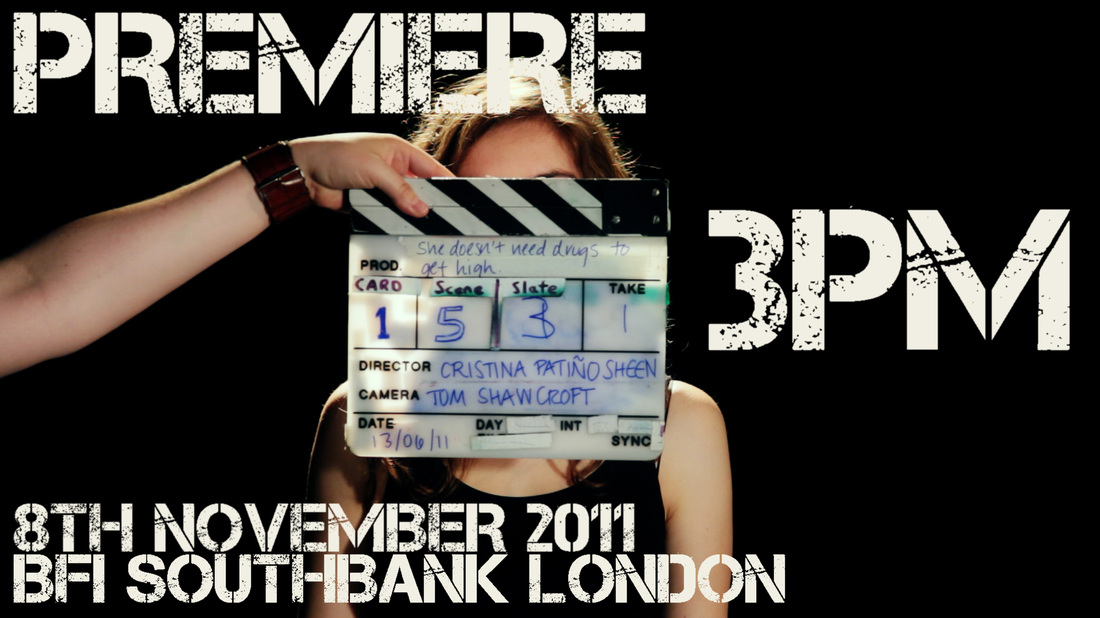 No, it's not a documentary about living your life without drugs. It's the story of Adriana, a quirky, fun girl who wants to leave the town in order to get to the big city and become a film maker. (Sounds familiar?)

Colour, chaos and lots of music, those are the main ingredients of this Masters Project. Yeah, Bournemouth Uni has given us a challenge for the Final Masters Project Unit, the creation of an audiovisual piece and this website is the testimony of the making of our short film: She Doesn't Need Drugs To Get High!

Who has the blame? 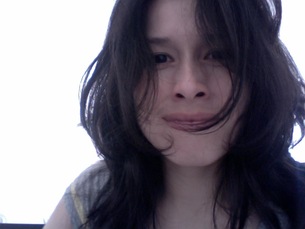 Cristina Patiño Sheen AKA. Criskcracker, Director.
Cristina Patiño Sheen is guilty of all charges. She is the creator of this big mess! She wrote the script and she is directing it too. What do we know about her? She is a MA Directing Digital Film student at Bournemouth Uni. Yeah, that's in Bournemouth, England. She came from a galaxy far, far away (almost!). Cristina used to be a Film Editor in Lima, Perú. That's in South America, and no, she doesn't speak Portuguese, but Spanish.

What is she looking for with "She Doesn't Need Drugs to Get High"? No, she is not trying to persuade you to live without drugs. She just wants you to join Adriana in her journey to the big city through her wacky inner world. Get involved it might be kinda cool!

She's not alone. She has a partner in crime! 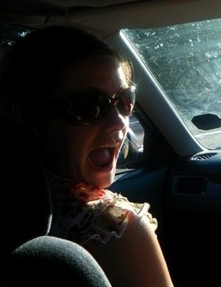 Sian Tomlinson, Producer.
Sian Tomlinson is producing the mess! So it might get quite messy! She is from Bournemouth, but she's not a Bournemouth girl! She's studying MA Producing Film and Television at Bournemouth Uni. Yeah, same as Cristina, the only difference is that it is a different course, and Sian knows exactly what she's doing.

Sian studied English Literature and has concluded that making this film is going to be a lot more fun than reading Robinson Crusoe. (Thank god!)

Sian works as a Freelance Producer at Red Balloon Productions and she's also producing a TV Pilot. Yeah, she is a busy girl. And she can be really tough too! She always gets what she wants. (Is there any other way?!)

So what's this site?

It's just a little preview of what is about to come. A short film being produced by MA students with lots of enthusiasm who believe in themselves and want to create stories.  We'll keep you updated with what's going on with "She Doesn't Need Drugs to Get High". We'll post this site on Facebook, Tumblr and everywhere else. Get involved, follow us and have a good time! Help is always good so if you can contribute with something, anything, we'll be even happier. Yes, we are a happy team! And yes, we can be annoying too!