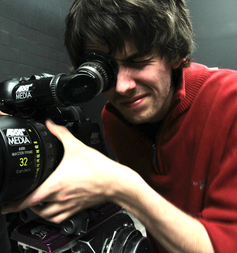 Tom Shawcroft. Cinematographer.
Thomas is studying Film Production at The Art University College at Bournemouth in his 2nd year .

He has specialised in Cinematography, and his understanding of technical skills has been developed mainly in camera equipment and lighting by working on student and professional shoots. Fast, efficient and having an understanding of how to cover a story are his main strengths! (Ask the professionals he has worked with!) His technical and practical skills are displayed on his CV as well as the media projects he has worked on.

Due to his interest in creating new and interesting camera angles he has constructed a Remote Camera head in his spare time (How cool is that?!) - Here is one of his early tests that you might like: Skate Test! 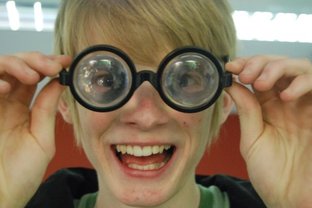 Owen Griffiths. Sound Recordist.
Owen is studying Television Production at Bournemouth University. He comes from Huddersfield (that's in between Leeds and Manchester), he has an awesome accent, and we love him!

He enjoys recording sound, and by the way, did we mention he's good at it? Yes, he is! Owen loves everything about Media Production but his main interest is making documentaries.

The She Doesn't Need Drugs to Get High team is more than happy to have Owen as member of the crew, it's been such a great pleasure to work with him. Ladies, he's a keeper! 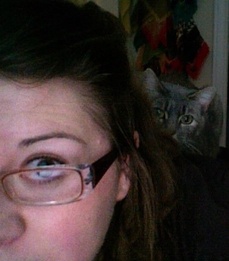 Hannah Mott. 1st AD.
Hannah is a MA Directing student at Bournemouth Uni and 1st AD in She Doesn't Need Drugs to Get High. She comes from Kansas City, located in the land of good uncle Sam; a place where the word "Tornado" doesn't refer to a Hollywood film but more to a normal event from nature! (Mental!)

She has directed several short films during her Masters course and now she's producing her newest Masters piece One of Us.

If you need some discipline, lots of craziness and creativity, she is the girl to call! Despite of the fact that she doesn't like Peruvian desserts, Hannah is the best support and invaluable asset for Cris, the team and of course, the film! 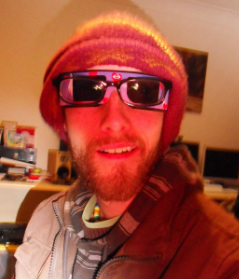 Steve Openshaw. Musician.
Steve studied BTEC in Popular Music and Music Technology at Bournemouth & Poole College. He is a musician, a camera man, a producer, an actor and so much more. In short words, he is Cristina's right hand.

Piano, guitar, bass, you name it, he plays it! Steve has composed the soundtrack for several short films, and he is always looking for new exciting projects. Steve is super creative and enthusiastic, no doubt about that!

Here is a little example of his talent, a little piece that he made to describe a beautiful scenery: Sunset in Sandbanks!

And here are some tracks from She Doesn't Need Drugs To Get High composed by Steve! Enjoy!